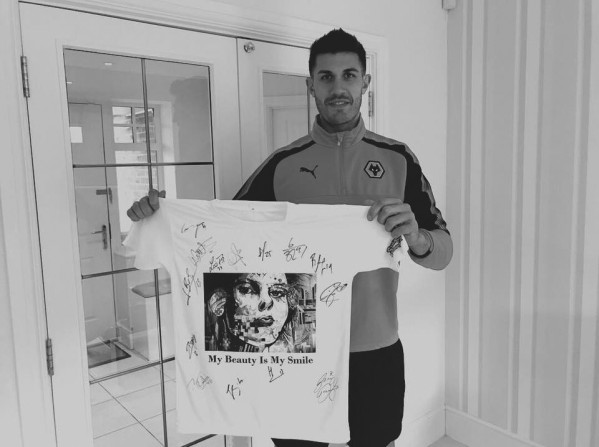 Anyone who downloads NOT IN VAIN....the award-winning documentary about Miss Universe GB and A-Sisterhood's work in India will be automatically entered into a prize draw to win a Sheroes Hangout / Stop Acid Attacks t-shirt signed by the Wolves team....who are so going to make it in to the Premier League at the end of this season!

The winner will be announced on 18th May at A-Sisterhood’s official launch and fundraising ball.

The female survivors who run the cafe are featured in the film so you get to see exactly whose lives your money is changing.

£2 from every stream of Not In Vain will be donated to A-Sisterhood's on going work supporting, empowering and protecting women worldwide.

To purchase Not In Vain and be automatically entered for your chance to win the signed shirt follow this link.


« back to main news page